In stock
Only few left 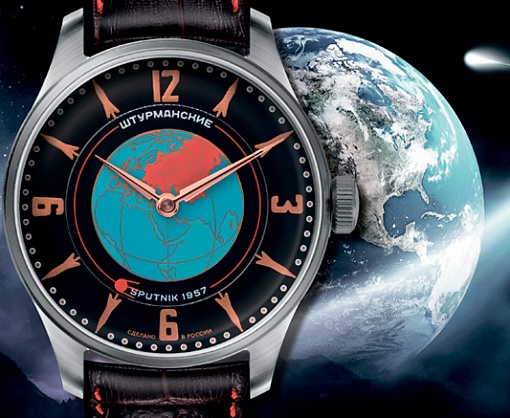 Sputnik collection celebrates the launch of the first artificial Earth satellite on 4 October 1957. This event was a real breakthrough in space exploration. The collection consists of three model series, and each has its own unique feature.

Sputnik Heritage's dial face featuring the globe with a miniature image of the famous satellite rotating around it on a special disk, instead of a sweep second hand. Sputnik GMT with a fast-adjustable second time zone function, as well as a Sputnik Small Second watch featuring small second indication.