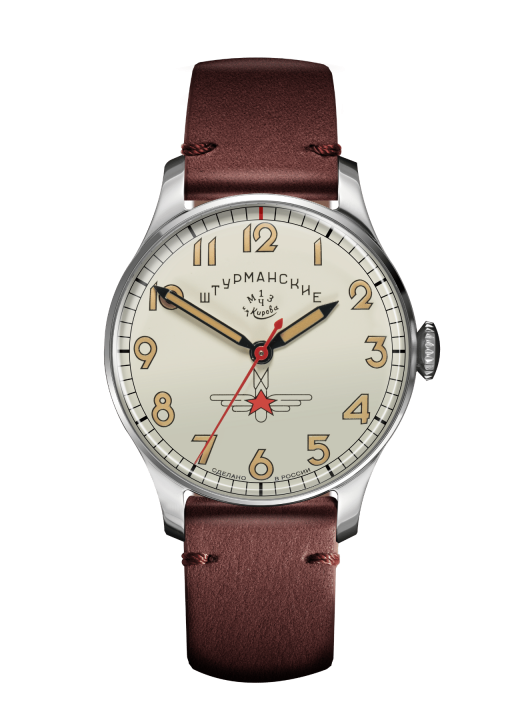 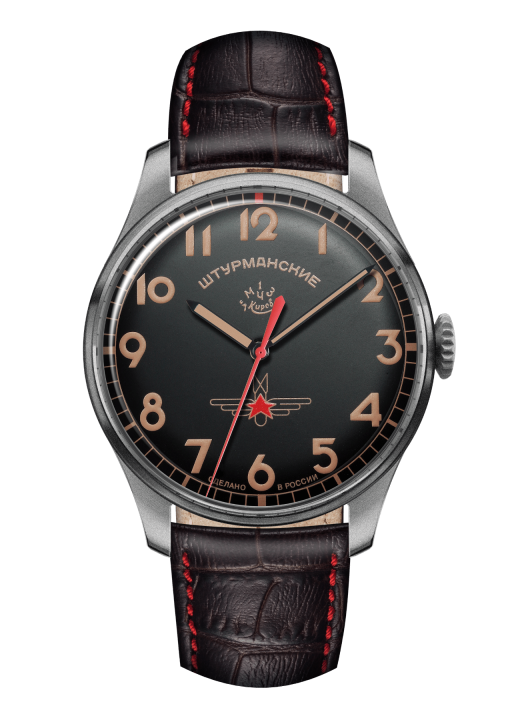 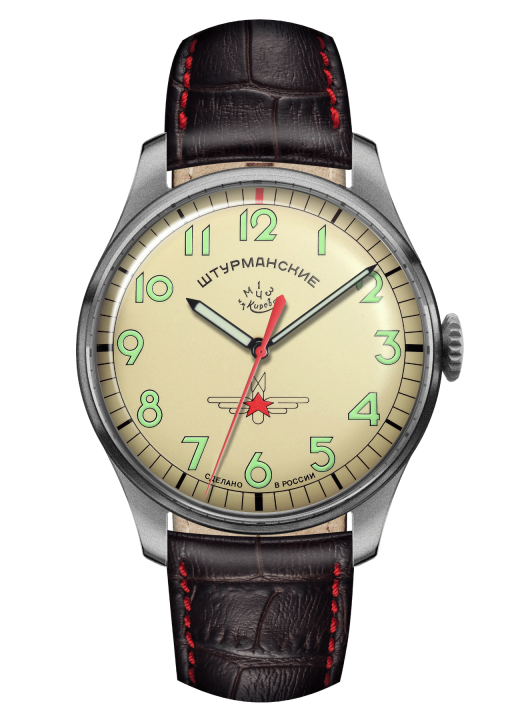 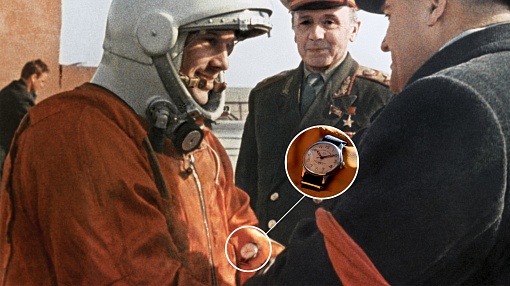 On 12 April 1961, Yuri Gagarin made his first ever space flight wearing a Sturmanskie watch made for him under a special order.
In zero gravity, the watch still functioned flawlessly. After the cosmonaut returned, that legendary watch was
transferred to the factory museum. Later on, in 1963, the first woman cosmonaut, Valentina Tereshkova, flew into space also wearing Sturmanskie.

Since 1961, Sturmanskie have been the official watches of Soviet and Russian cosmonauts, unfailingly helping them out in difficult situations, withstanding severe tests in zero gravity, exposure to magnetic fields, strong overloads, vibrations and temperatures. So looking at this model now, we appreciate the historical and aesthetic value of those watches’ design, and replicating it now in new proportions, we strive to preserve the most recognisable design features as best we can out of respect for the original model.